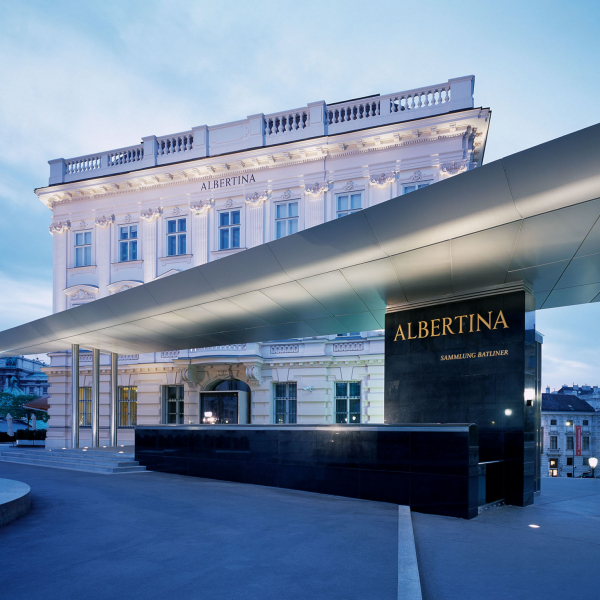 The Permanent Collection of the Albertina will be on tour from 20 September 2013 till 10 December 2013. One part of it will be exhibited at the Kunstmuseum Liechtenstein and another part will be on loan to the Eremitage St. Petersburg.

Under the title “Monet to Picasso”, the Albertina exhibits its vast holdings of paintings from the period of Modernism, which are primarily made up of works from the Batliner Collection. The epochs covered by this reinstallation of the museum’s permanent collection range from Impressionism and Fauvism to German Expressionism, the Bauhaus, and the Russian avant-garde; the presentation concludes with works by Picasso. Herbert and Rita Batliner began collecting art nearly half a century ago. Due to their close friendship with the legendary art dealer Ernst Beyeler, French Impressionist and Post-Impressionist painting formed a cornerstone of the collection from the very beginning, along with the work of Alberto Giacometti. Exceptional works by Monet such as The Water-Lily Pond, Edgar Degas’ Two Dancers, or Cézanne’s Arc-Tal and Mont Sainte-Victoire landscapes attest to the couple’s passion for French art.

Picasso became an additional focal point. Today he is represented in the collection with over 40 works, including ten paintings and numerous drawings and one-of-a-kind ceramics.

In the course of his travels, Herbert Batliner gained familiarity with Russian avant-garde art. He and his wife were inspired by the works they saw in Amsterdam’s Stedelijk Museum, the Guggenheim Museum in New York, the Museum Ludwig in Cologne, and the Russian Museum in St. Petersburg, to build their own fine collection of Russian avant-garde art from 1905-35.

The focus of their acquisitions was on Marc Chagall , but they also sought out works by Natalia Goncharova, Liubov Popova und Mikhail Larionow. The collection includes a major work by Kazimir Malevich, painted as a defiant memory image immediately following the artist’s release from a Stalinist prison.

Here you will find a list of all current and future exhibitions.